In order to promote the Mid-Autumn Charity Sale event, Orbis has teamed up with New iMedia to produce a video for attracting public attention via various social media platforms.

Riding on the idea of street interview, we have featured celebrity Harriet Yeung in the video as the host and invited the pedestrians to do a blind taste test, which aimed to let them experience the feeling of going blind so as to arouse public awareness towards the people with eye diseases.

In addition to story creation and filming, our teams also helped on post-production for enhancing the attractiveness of the video. The campaign has successfully gained over 13K interactions online, which has increased the impact of the Mid-Autumn Charity Sale event. 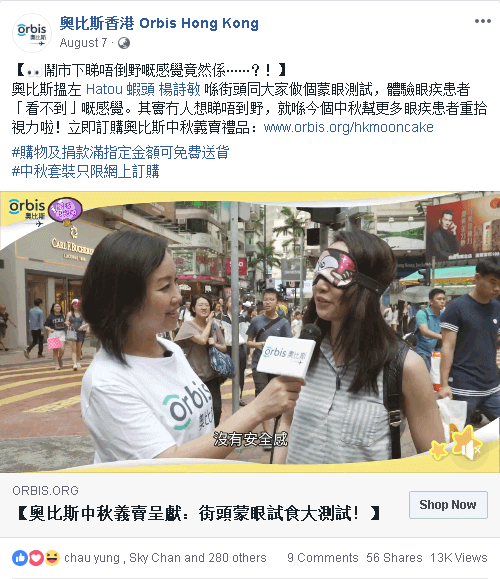